Lifetime of Love – Losing Him 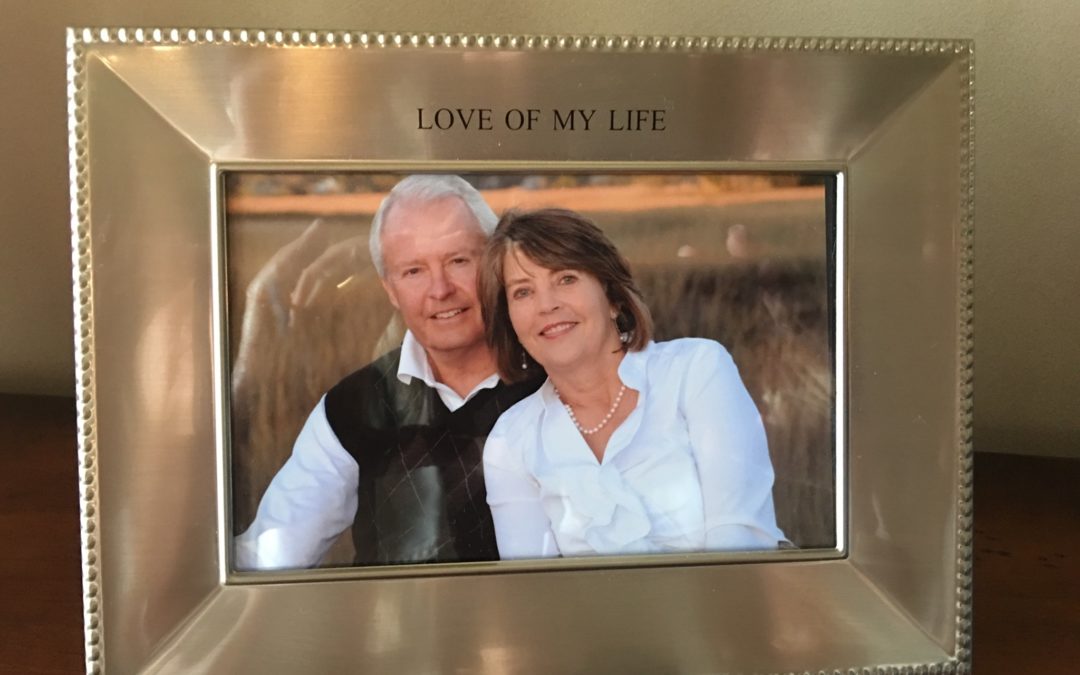 “A lifetime love”…It’s what everyone wants!

That was what the single young woman doing my “free” make up session said after I told her about losing the love of my life to cancer just months earlier (November 2015).

I think she’s right, we all want our love to last a lifetime.
But it’s hard work because no two people are naturally compatible.

Ruth Graham, Billy Graham‘s wife said, “If two people agree on everything one of them isn’t necessary” .

For Bill and I, let me just say that both of us were necessary in our marriage.

When I was asked to share with you some marriage advice that I wish I had known, or done a better job with before Bill was gone, I thought about my conversation with a couple of younger friends about two months after I lost Bill.

Bill and I started dating when I was 15 years old (he was 16). We got married when I was 18 (not something I would encourage to 18 year olds today!), but by God’s grace, it lasted just short of 50 years, until his passing.

Bill and I never thought that we wouldn’t grow old together and experience the later years of life and retirement together, but you get a different perspective on marriage when your life is turned upside down, prematurely through death.

I had every reason to believe he’d live another 20+ years. He never smoked, exercised daily, and was not on meds for anything. I say this to emphasize that you never know what God’s timetable for our lives will be.

As I shared that day with my younger friends, I thought of five things I wish I had done better as a wife during the years that I had Bill. I realized how much I’d taken for granted… five things I believe every wife should know, because when you don’t have them any longer you will miss them greatly.

5️⃣ Pray with him

Over the next few weeks we will look closer at these topics, but for now, let’s take a closer look at what encourage and compliment really looks like.

I think we can tend to not be natural encouragers to each other. God must have known we would struggle with being encouragers because in 1 Thessalonians 5:11 He reminds us to, ” Encourage each other and build each other up”.

As Bill and I grew in Christ and allowed God to change our hearts, our marriage changed. Before Bill was gone, I never realized how much I would miss his encouragement. He was so good at complimenting and encouraging me, I wish I would have been better at it with him. Looking back, I think in the early years of our marriage we were somewhat competitive. “Since you bought that, I’m going to get this” and that tended to get in the way of our encouraging and complimenting of each other. As we grew together so did our acceptance of each other and the ability to see past the competitiveness and straight into each other’s heart.

So, tell your spouse how much you appreciate all he does…

♥️ that you’d marry him all over again.

♥️Tell him how much you love him and why.

Yes, marriage takes intentional work, but it is so worth it, when wanting a lifetime love.

“And the two shall become one flesh.” That doesn’t happen on the wedding night, after a beautiful wedding ceremony and honeymoon… that happens as you live, love and forgive each other in the ups and downs of day-to-day life.