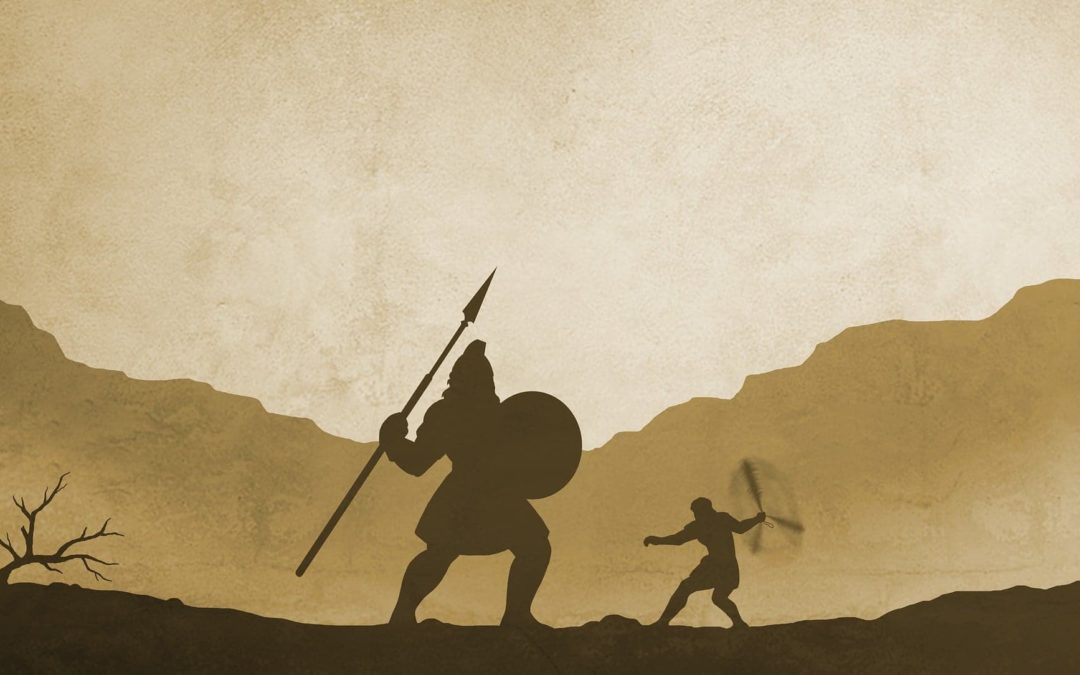 Anxiety, depression, financial concerns, divorce, bitterness, a weary heart, health issues, addiction, marital conflict, problems with children, etc, are just a few things on an exhaustive list that could be a Goliath in your life. And they are exhausting battles to fight on our own – but we don’t have to fight those battles alone. Our Father loves us so much, He wants to fight those battles with us and for us.
Be encouraged by these words that David had for Goliath in 1 Samuel 17.
“You come to me with sword, spear, and javelin, but I come to you in the name of the Lord of Heaven’s armies;”
“Today the Lord will conquer you;”
“This is the Lord’s battle, and He will give you to us!”

He could face Goliath confidently because He was willing, He was obedient, and He let God fight the battle through him.

Let’s go after our struggles like David goes after Goliath. Let’s give our battles over to the Lord and let Him fight with and for us. He cares, He loves you, and He is waiting for you to go to Him – so together you can start defeating your Goliath’s.

Photo from jeffjacobs1990 on Pixabay.com