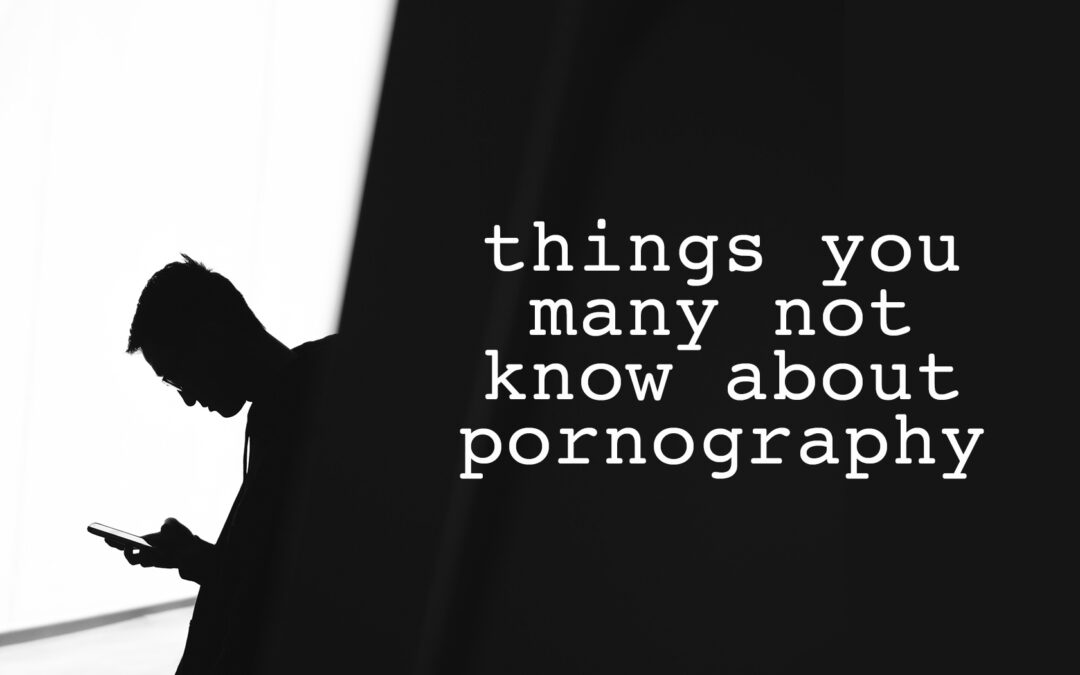 Talking about porn is complicated. It makes people uncomfortable. It’s not a light-hearted topic and if you hear someone talk about it, it’s usually an off-color joke or some crass comment by a group of young guys. The problem is, pornography is like a dangerous mold growing in the majority of the homes of those reading this (according to statistics), and many of us respond by covering it up or shutting a door so that it is not seen. But keeping it covered does not make it go away. The longer it is left there, the more dangerous and threatening it becomes.

I get it. It’s hard to confront reality. I worked so hard to keep our reality hidden from everyone for so long. We don’t want to be judged, we want people to think our lives, our marriages, our careers, and our families are exemplary, and we want to believe our lives are different than they actually are. Sometimes we just want to pretend to have it all together so we don’t have to think about it for awhile.

Now, after 15 years of hiding from the world, pornography seems to work its way into multiple conversations, many times a day. This certainly isn’t what I had envisioned for my life. And truthfully, I have fought God on this over and over because at least once a day, I remember I’m not brave enough to be so open about our past struggles. But every day, He reminds me that when I am weak, He is strong, and we get to work. And as we walk alongside people affected by the grip of pornography and educate people about the iminent danger sneaking into their homes, schools, and offices, I am filled with a passion to sound the alarm and bring hope to those who’ve lost sight of hope.

But if we don’t start these difficult conversations, people stay in hiding or they just don’t understand the dangers of pornography. Honestly, there was so much I never understood about pornography myself for the many years it ciphoned the life out of our marriage. It wasn’t until I began to search for answers when my husband and I were separated that my eyes were opened. We only wish we had had that knowledge earlier so we could have better addressed the toxic mold that was affecting our lives and our home.

The statistics for Christian men and non-Christians are close to the same.

No other time in history has there been a silent war literally taking over the minds of people, destroying marriages, and establishing an environment for slavery in its worst form to flourish. This is not a problem we can shrug off as, “boys will be boys.” Considering the prevalence, the highly addictive nature, the emotional, mental, and physical effects, and the significant impact on our youth, families, churches, and world, we absolutely cannot be ignorant or silent.

If pornography is a problem in your home, it is so important not to ignore it. You would never let dangerous mold grow and spread in your home. If there was mold affecting your lives and health, you would take care of it. You would make sure that even if it caused great discomfort or expense, you would take care of the problem quickly and thoroughly before it caused irreversible harm. The longer you wait to address the problem of pornography, the more it can escalate and cause further damage in lives and relationships. Enlist the help of someone who will guide you to the right places to confront the problem in a Godly and knowledgeable way. If you need resources or help, please reach out, and I would be happy to get you pointed in the right direction.

This is a problem for someone you know – a child, a spouse, a grandchild, a student in your youth group. Get knowledgeable. Start these difficult conversations so others can stop hiding and feel safe to open up and get the help they need. William Wilberforce once said in a famous speech to English parliament in an effort to persuade them to abolish slavery in 1789, “You may choose to look the other way but you can never say again that you did not know.” He reminds us that choosing to look the other way doesn’t release us from our responsibility to take action against evil. Change doesn’t happen overnight. It starts when we are willing to take one step in the right direction.

**As God transformed Mel, her husband Mike, and their marriage over the past several years, they have mentored many individuals and couples, blogged, and spoken at youth groups, marriage and men’s retreats, church events, and recovery groups about God’s amazing ability to restore lives and marriages, even in what seems to be impossible situations. Mel would be happy to get you connected with resources or a support group, or let the LifeTime Remedy team know how we can be praying for you or your marriage. Taking steps forward is brave, and prayer is one way we would love to come alongside you!

Photo by Warren Wong on Unsplash